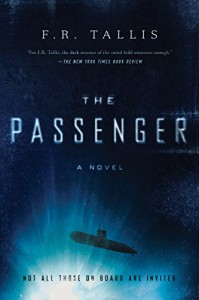 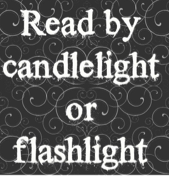 This is why I chose to read this book (from the book flap):

The new supernatural thrill from F.R. Tallis, who takes his readers under the wartime seas of the stormy north Atlantic in 1941. Where not all those on board are invited...

... disturbing things start happening on the boat. It seems that a lethal, supernatural force is stalking the crew, wrestling with Lorenz for control. Far under the dark, icy waves, it doesn't matter how loud you scream...

Lorenz is the captain of a U-330 Nazi submarine. He doesn't believe in the war and is kind of a maverick who only follows the rules when he must. An unexpected event leads to a death on the sub. The crew is generally superstitious to start with and this doesn't help. Afterwards, strange events begin happening that some attribute to ghostly intervention.

Granted, being on a sub and sinking towards the bottom would be incredibly frightening. I would never want to travel on a sub in the best conditions and the conditions of war are far from ideal. But, I was looking to be scared by supernatural things, not realistic things. The book is well written and interesting, but it wasn't scary. I read it quickly, mostly because I wanted to get through it.